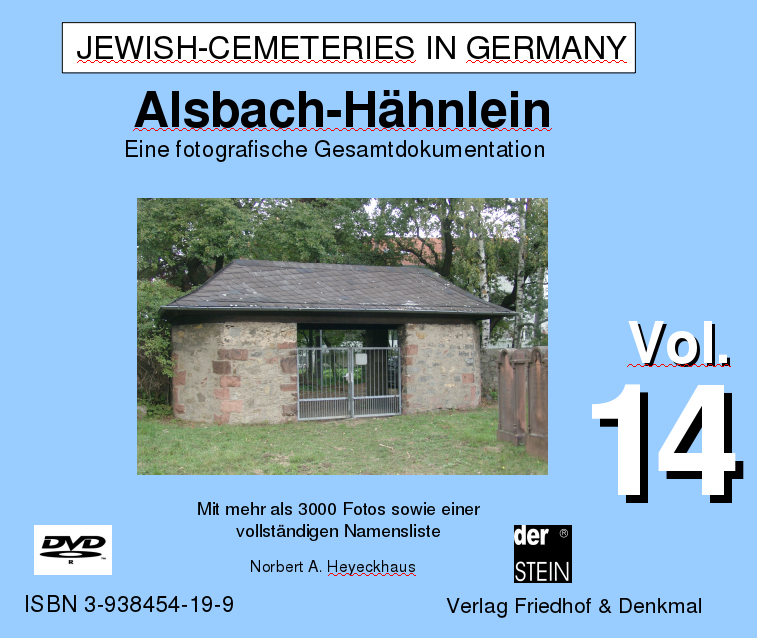 Documentation: Record of all the approx. 2,000 gravestones existent in the year 2006.

Location: The cemetery is approx. 1 km outside Alsbach-Hähnlein directly near the B3 road and is signposted from there.

Visitors have to contact the town administration office (Mr. Morgenstern) and are then given the key to the entrance.

The cemetery is in what can be described as a well looked after state despite several incidents of desecration in the past. The older gravestones are almost all made of local sandstone, which reveals some major differences in quality due to the different sandstone layers (locations) in the quarrying area. As a result, some of the gravestones are excellently preserved whereas others are considerably to completely weather-beaten.

In the later part of the cemetery (field 4), granite was used more and more often, some of which originates from the Odenwald quarries and some of which was imported from abroad. Apart from the usual soiling caused by the trees in the cemetery, most of these gravestones show no signs of weathering.

Field 4 contains approx. 20 gravestones for Jewish soldiers (First World War). These can be recognized by the inscription of rank and appropriate ornamental decoration.